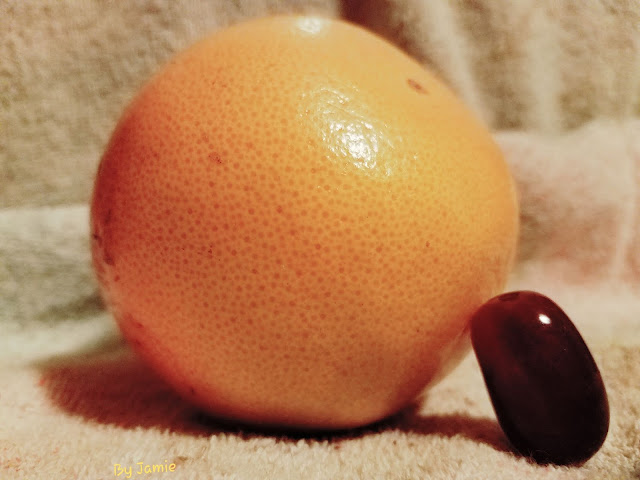 Email ThisBlogThis!Share to TwitterShare to FacebookShare to Pinterest
Labels: humor

I saw this link on my bottle of Refresh Vitaminwater and thought it was a joke. 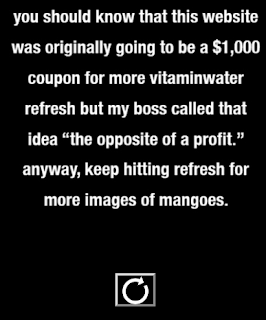 "©2018 glaceau. vitaminwater refresh does not contain any mango juice"

That screenshot is of one of the jokes. There are fun images of mangoes in picturesque locations which would make great desktops, except they aren't sharable or saveable.
Posted by Jamie at 11:57 PM No comments:

Proof 2018 Was Better Than I Thought

There were times last year where things were really bad. Dark thoughts. Lots of dark thoughts. I'm not proud of them. But here's the light at the end of the tunnel: 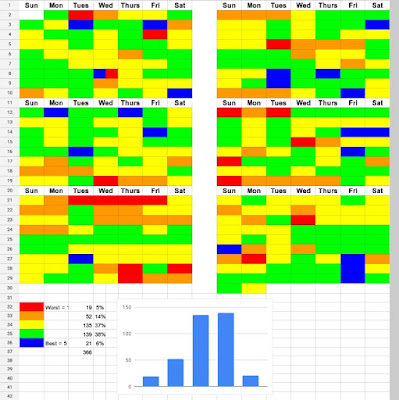 See that? It's a chart, a spreadsheet, of my whole year. (Valentine's day is split in two because it was fantastic, ...and then a plumbing nightmare. Thus 366 days.)

Look at the bottom there.

It wasn't as bad as it felt. In fact, it was slightly better than average.

I'm not saying that this proves that "things aren't as bad as they seem" or whatever cliche. But in this case, yeah, these numbers do support that in this case. It's uplifting, like an antidepressant of sorts. Reassuring.

Thanks to Katie for making the template.
Posted by Jamie at 4:20 AM No comments: