Ordinarily,  I wouldn't have seen "The Interview." It had a bad review in Entertainment Weekly,  and I've yet to hear any of my friends say they liked it. However,  the controversy,  strong enough to prevent it from being shown in theaters, got my attention. There were ways to see it online,  but I didn't feel like watching it on my computer.

And then it came to Netflix. So... my American defiance kicked in, overtaking my American laziness and penny pinching.

Oddly, there's 20 minutes where Kim gets painted really well. In a light that American presidents would probably enjoy,  maybe even laugh along with, and in some cases pay a small fortune to get.

Is that castle real? Pretty neat,  especially with the mountain and the trees around it.

*spoiler*
That finger biting scene though- didn't see that coming.

After that,  umm yeah, I can see where it got insulting. And people who can't take a joke,  or an overdone comic roasting, yes,  I can see why you wouldn't like it.

But the fact that the real response mirrors the film response really makes one wonder. (Nuclear threat.)

And yes, if you feared revolution and democracy,  this movie would piss you off.
*

Still,  it was better than expected,  and did have some funny scenes.

But honestly,  if not for the controversy,  and being told not to see it,  I doubt many people would have cared. 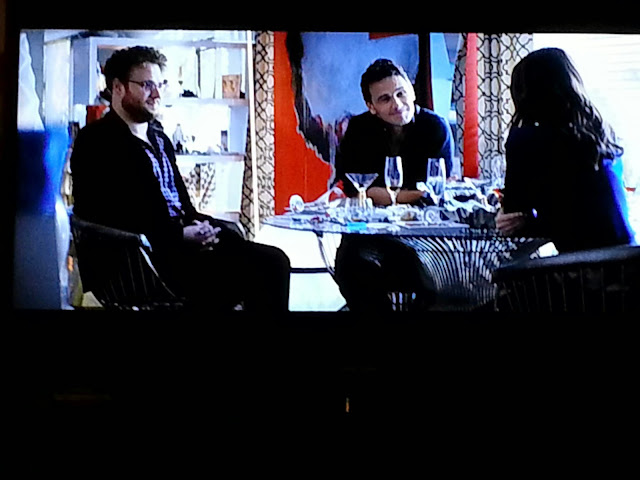