I'm not really on either side of the "pro" argument. I don't think my country is ready to have such a discussion. Anywhere and anyone that is unable to address the majority of causes of a problem is NOT ready to discuss the only current make-shift bandage that exists. Also, medical decisions are between medical providers and their patients  (or authorized representative); not government officials and protestors.

Clean up the REASONS before discussing it. Yes, some women may still make the decision. Outlawing it won't change that. But solving the worries that often lead to such a choice will SIGNIFICANTLY REDUCE the number of times a certain medical procedure is needed. 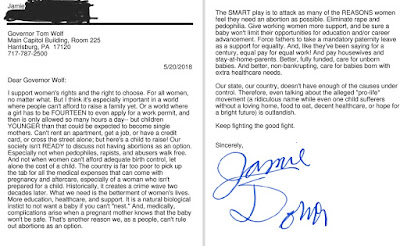