This is not the first time that Amazon's unsafe working conditions have been brought up. It's nice that those workers have people standing up for them. My issue here is that it is falling short.

Here in PA, the Amazon warehouse has gotten plenty of bad press because of how hot it gets all summer. (Ambulances taking workers away.) That building, that warehouse from that passed-around story,  is rented by Amazon. Do you care that Pillsbury rented the building first? (Worker conditions have nothing to do with why they switched to a third location in this instance.) You would have to dig to figure this out, since they use one of the big five logistics and supply chain management companies and rent it under that name. I assure you that it is the same building. And yeah, it is without ventilation. The buildings out there are designed to store products as cheaply and safely as possible. SAFE for the PRODUCT, not any people.

Buildings. Not a typo. Because there are dozens of them out there. Some are bigger. But they're all big slabs of concrete with metal roofs and no cooling. ( * Attached offices,  and sometimes break rooms,  have cooling. The areas where the bulk of workers are do not.) There's also no cooling in the trailors that are hauled in and out. Yes, you can easily roast a human to death in a shipping container.

It's not just Amazon.

All those brands and sub brands and more. They use the SAME warehouses. And so does Knoll. Never heard of them? If you've watched television or seen a movie from the last two decades or so,  you've probably seen their furniture. It's "upper class" office stuff. They moved their warehousing out to those facilities a few years ago. They know how bad it is. They don't care.

My point is that skipping Prime Day on Monday might, maybe, get help for workers in one place, but that's like your house being on fire and you managed to keep one kitchen chair from turning to ashes.

Perhaps Toyota and other forklift making companies need to be part of this. Why aren't they built with air conditioning and a cup holder for a bottle of water? (It doesn't solve the lack of a bathroom break issue, but it'll maybe help with the rules against heat and water breaks. YES, THOSE RULES EXIST.) And before any of you tell me that letting someone use a sports bottle could lead to product damage because they could spill... Cardboard boxes wrapped in plastic. High humidity. Plastic sweats. The cardboard gets wet. The towers fall. Thousands of dollars in damage. That happens right now. So don't pretend you really care about the precious product when you've got buildings without a dehumidifier, much less cooling.

I went on Twitter hoping to get the media to write about this. Don't think it's happening because investigative journalism is apparently fictional. 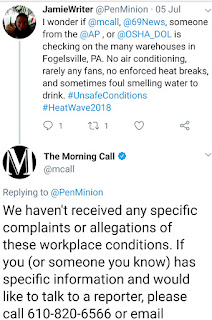 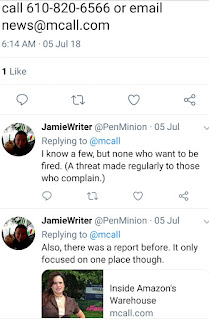 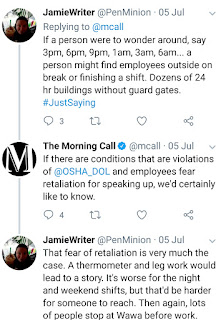 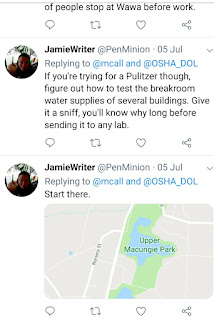 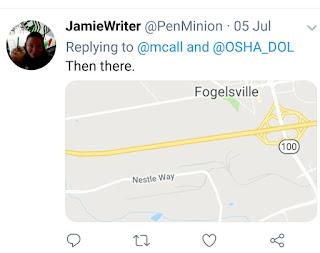 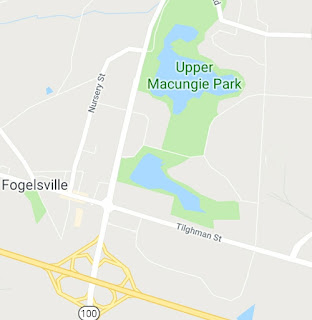 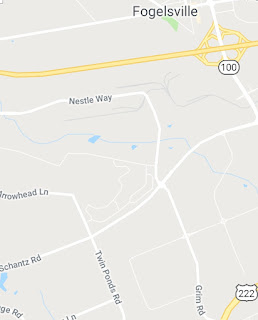 So if you really want to have an impact, we'd need 24 hours where no one shopped  watched any recorded entertainment, and most people didn't go to work. It would have to be global. And notices would need to be in as many languages as possible. World Boycott Everything day.