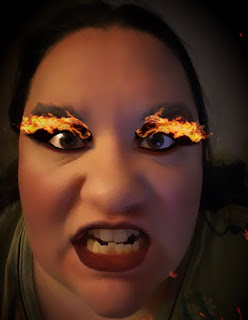 The last 24 hours have been nuts. But this is MY BLOG. So I'm gonna go ahead and rant and you can't stop me. 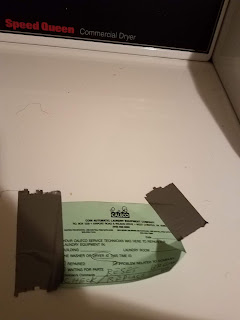 I had to do laundry. But one of the two dryers has been out of service for two months now. I put my wash and the last of my detergent into one of the washers, added my quarters... IT DID NOT TURN ON. It'll be three weeks until I get a refund. Which will be a check. That I need to take to the bank and then need to get turned back into quarters. And it's summer, so I can't go out during the hot hours, which is when banks are open, so I have to go to the seedy carwash (because the nice one is gone) to buy quarters in the middle of the night like a freakin thief, while one of the local drug dealers offers to sell me things. That's... thanks. 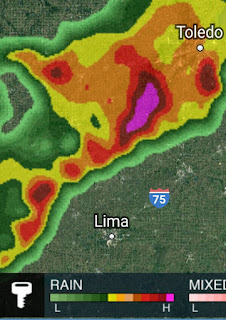 Someone I know, and I'm not saying who, but the person had to call out of work today because they do security and right now that post is in a freaking parking lot outside. The person took one look at the magenta spot heading toward work and was all aboard the NOPE train! *cough cough* Called out sick. The person is currently hoping not to experience the near-opening of Wizard of Oz... 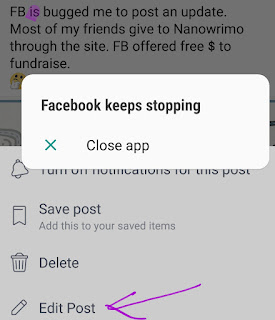 I had a typo in my Facebook post. The app crashed 10 times rather than let me fix it. Look, the fundraiser, they donated $5 just for my making it. I don't give one good damn if anyone else gives through me. I raised $5 by making a damn post. It took less than 5 minutes of my time. Feel me? 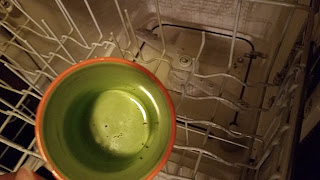 This is gonna be all "first world problem" sounding, but whatever. I hate that I put my mug in the dishwasher and it came out DIRTIER than when it went in! What the damn hell? Also, I hate that my dishwasher doesn't drain properly. Yeah, just run the last cycle again. But that uses enough electric to momentarily dim the lights. And I sometimes have to do it twice. It's annoying. And it's because the drains have to be snaked again. Why?

There's a water thing outside my window. And this kid was playing with again today. Just a young kid. But an adult was with him and HANDING HIM ROCKS to put into the water drain thing.

Why didn't I say anything?

This is gonna sound horrible. There's no way it won't.

I don't want to seem racist. Which has maybe made me racist, or reverse racist, I don't know. Because if the two humans outside throwing rocks into the water drain system, causing it to back up the drains for my apartment and others, if those people had a similar skin coloring to my own, I'd have said something. No, I don't think skin color has anything to do with why they were doing this.

But there have been lots of reports lately about dumb white people calling the cops on not-white people for doing innocuous things. And I REFUSE to be one of them. Even though it's not the cops I'd have called. But I won't be that person. So I'm now letting vandalism, that directly impacts my day, slide. And that's probably not the solution either. But I don't have one. And I'm not going to have one. And I'm angry about a lot of things right now, and yes, I'm freaking hormonal, and it's not helping!

Anyway, those are my rants right now. And it's all horrible.