Maybe if You Spent Less on Soup 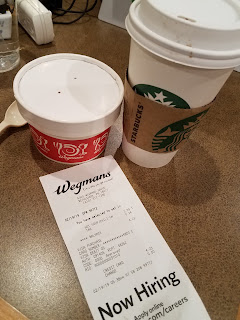 I frequently hear people complain that Starbucks is the reason people are broke. For the price of one cup of coffee a month, you could have *insert insane thing that costs considerably more money than a cup of freaking coffee.*

Well, here we have a soup that costs more money than my coffee.

So how about if we give the same rant to soup? I mean, really, this is just as "overpriced" as the coffee. And for the same basic reason- because it's "handcrafted." Someone made this soup. It wasn't canned at a factory or whatever. (I am assuming that, but technically I've never been in the back room of Wegman's, so I can't say for certain.) I could have got a can of higher-in-sodium Campbell's of the same variety for a much lower price. 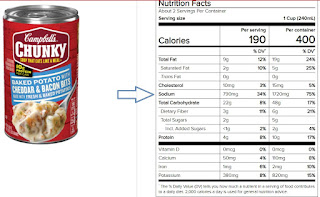 So the reason I'm broke today (according to certain people, the ones who think one less cup of coffee a month can make you a millionaire) is that I bought a lower sodium soup. And before you blame that cup of Starbucks, I used a giftcard. So ha.