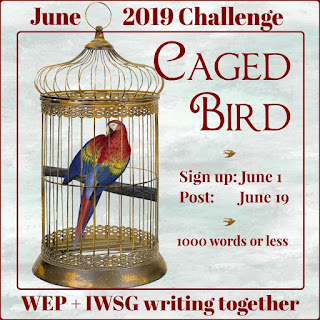 
My story is controversial and may contain subject matter not suitable for all readers. So I'm sharing this Aerosmith song which also has a lyric about a caged bird, for those who would prefer that.

🎵 "I think that you should let your caged bird fly." 🎵 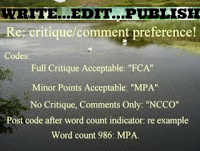 
I was there when the shots rang out in the Capitol Building. Screams accompanied a stampede. More shots echoed as agents yelled for people to move or to get down. Three women left in handcuffs within minutes. I arrested one of them.

"We are the last of the Female Assasins. Killing those who destroy society is encouraged, rewarded even. It is not a crime," the oldest looking one tells me. Her short, gray hair blows back and forth as the interrogation room fan hits her. She doesn't seem to mind, unlike me, who can already feel my neck stiffening.

"We are time travelers. We have no peers in this time. Therefore, you cannot put us on trial. Not that we've committed a crime, as you insinuated."

There isn't enough coffee in the world for me to do this job. What is it about Mondays that brings out the crazy?

"In fifty years, there is only the Unwanted left. They are infertile, by choice or birth. We are the last three Female Assassins. No males remain with which to breed. We came here to kill the ones who made choices that end humanity."

I rub my temples. "Fifty years from now seven billion people are dead?"

"Some were cooked. But most were starved by the Unwanted. They are not peaceful or reasonable. We three Assassins survived because we killed to live. The Unwanted control all the remaining food and knowledge. We kidnapped one to learn time travel. They do not use this technology. And why should they? The world exists for them."

"Why are they called the Unwanted if the world exists for them?"

"You once called them foster children. But the system was overrun, about ten years from today. Millions of them. They rule a revolution. Within eight years they sterilized themselves. Then there's the drug in the water, which causes any new ones to be born unable to breed."

I chew on my pen cap as I try to keep a straight face. "You expect me to believe this?"

She scratches the back of her wrinkled hand. "We didn't come here to be believed. We came here to prevent a problem."

I nod. "See, the thing is that you created a new problem. Murdering some high valued targets in plain view, being seen doing it, means I have to deal with you. Not the best assassins, are you?"

"This was a one-way trip. We accept death. Or you can send me back to prison. At least this time, it will be for a choice."

I lean back in my metal chair. "So, you're in the system?"

"Not yet. Next year the version of me from your time will be. She's going to miscarry. And as she lies screaming on the hospital bed, blood still wet on her legs, someone like you will arrest her. Three point five million prisoners by next year."

"There's just over two million right now. Lady, we can't house that many."

She laughs. "You'll convert old shopping malls, abandoned apartments, even some schools. In five years, female prisoners become the fifth-largest export. You can't kill them here. So they're sent off to be tortured to death elsewhere. That's when the second wave of the rebellion commences."

I look at my empty coffee mug. Bourbon would be better. "Second wave, hmm? What's the first?"

"A few days from now, the My Terms riots will commence, that becomes the first wave. A string of three-way suicides sets it off."

"A pregnant 19-year-old rape victim is first. A fist full of pills, arteries sliced open, face down in a bucket of water. The words My Terms scrolled in blood on her college dorm wall."

Guess that's how you make sure you die.

"The second is a 13-year-old, pregnant by her step-father according to the autopsy. Hung herself after downing pills and shooting enough drugs to destroy her heart. Same words, though she wrote them with lipstick."

"A mother of three is next. She left a note. Couldn't get treatment while pregnant. She didn't want her children to watch her suffer, nor would she land herself in jail when her cervical cancer inevitably resulted in a miscarriage. Signed the note with the phrase My Terms. Drank drain cleaner, then shot herself while leaping from a tall building."

"You're telling me a bunch of pregnant women are going to kill themselves, and that's why you opened fire in Congress?"

She scratches the back of her hand, breaking the skin this time. "I am telling you that's how it starts. They die, and then people riot. Hundreds more die. Thousands are arrested. More women go to jail. More people riot or protest, also landing in the big house."

"Do you want a tissue or a bandage for that?"

"There are those who will not become caged birds. My Terms means dying your own way, taking triple precautions to ensure it. Like a time-release poison capsule, having an organ sliced so you're bleeding internally, and having a cardio-wire that can be tricked into stopping your heart."

I look at her hand. She touches a wire sticking out where she was scratching. A moment later, she's face down on the table. I curse, my chair falling as I bolt up and rip the door open. "Help!"

Two other interrogation rooms are open. I hear someone yell, "Clear!" A stretcher is beside my desk. My boss runs toward me with the defibrillator from the breakroom. The television behind him shows a reporter outside a college campus, the caption under her reporting the suicide of a pregnant 19-year-old.