I'm having a difficult time deciding how I feel about this meme, as it applies to a large chunk of my life.

Let me try something:

1. It is MY fault that I went to work. Having a job is just ASKING for exposure to a chemical that was handled improperly and not reported. I should have ____ instead of working. (No idea what goes on the blank.)

2. Yay! I sure do enjoy being unable to do my job anymore. It's super awesome to never be medically released,  but also not be able to collect disability because the doctors (darn, about to blame...)
Because I don't have a medical degree to prove what's wrong. And rah, rah, sis boom bah, I had the pleasure of giving all my money to pay for extra pain and suffering which,  fortunately,  never undid the damage from those chemicals. Hippy hippy hooray, I went bankrupt! And a big three cheers for every time I can't go somewhere because the heat means serious trauma or certain death.

3. I'm grateful they brought me back from the end of living. I'm super happy to know that I'm probably not going to grow old. And, whew, dodged a real bullet finding out that my broken body probably wouldn't survive carrying a child,  so that dream is dead.

I tried. It sounds sarcastic.
The truth is,  I'm angry. I can't accept this thing I can't change. I've been failing at life since July 5, 2002 - nearly 14 years - because I keep wishing for my body back. Wanting to be able to walk up the steps. Needing to be able to get from the car to the store. Hating every family gathering that I can't attend because I can't breathe. Or going and sitting inside alone (or with John) while everyone else is outside. And pretending that doesn't hurt. Watching everyone have fun through a window.  Like I'm a ghost.

I hate this meme. I hate not being able to do simple things. I hate that I'm alone 39 hours a week because it's safest this way. I hate not working. I hate not having coworkers,  not having a boss,  not having a purpose. I hate not getting a paycheck. I hate getting stuck in traffic in the summer and,  even though my car is new,  I can't get it to drop the temperature 40° F, and then feel like I might pass out. I'm terrified of how that would turn out. And moments like that actually ARE my fault,  because I know better than to take those risks. But it's hard to be alive and not live.
(*Live sounds like liver, not hive.)

It's also hard to carry around an extra 140 pounds.  The cost of taking steroids and being told to stay as still as possible as often as possible. Really? That's horrible advice! Yet more than one doctor suggested that or something similar. "It hurts because you aren't supposed to do that. You've got limitations. Be patient and kind with your body." THIS DOES NOT FEEL KIND.

I can scream-type all day,  it won't change a thing.

The meme is probably right. Look at my life. Fail isn't exactly inaccurate.

But damn, that's a harsh thing to point out. Could the writer swap lungs with me for a few years? I'm curious if I could go back to being a success once I'm not tied down with this. And,  OBVIOUSLY,  a little thing like constant pain and not breathing isn't going to hold him/her back. Come on,  it's just a little lung transplant... 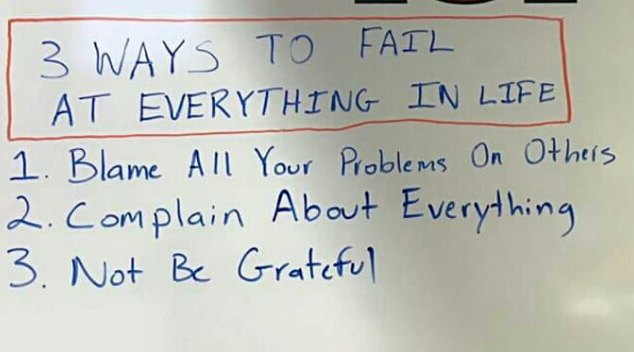