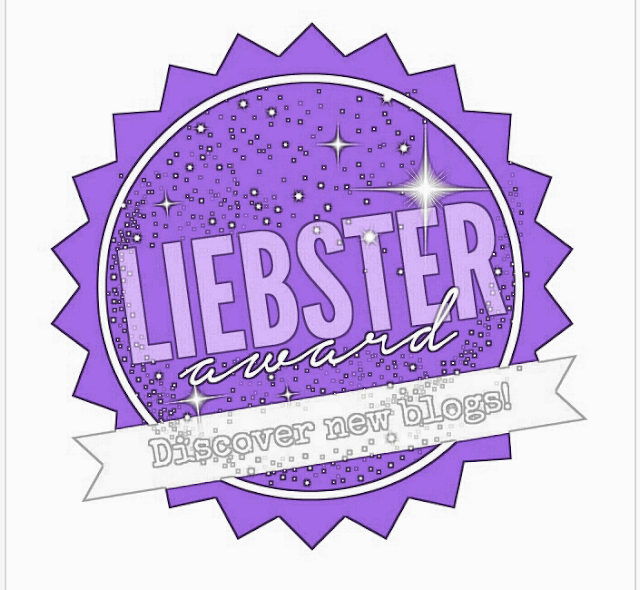 Thanks for thinking of me,  Nicki! ♥
http://offthebeatenplan.com/whatever/liebster-ed/

Thank the person who nominated you, and post a link to their blog in your post.
Display the award on your blog — by including it in your post and/or displaying it using a “widget” or a “gadget”.
Answer 11 questions about yourself, which will be provided to you by the person who nominated you.
Provide 11 random facts about yourself.
Nominate 5 – 11 blogs that you feel deserve the award, who have a less than 1000 followers.
Create a new list of 11 questions for the nominees to answer
List these rules in your post (copy and paste).
Once you have written and published it, you then have to:
Inform the people/blogs that you nominated that they have been nominated for the Liebster Award and provide a link for them to your post so that they can learn about it (they might not have ever heard of it!)

1- Whatchya doin’? (Besides answering these questions.)

Watching Stargate. Hoping to go to sleep soon. I'd like to leave for Knoebels in 5 hours. (Which won't apply when you read this, because I'll finish this post later.)

2-Do you find these types of awards to be genuine, or just another “chain mail of the Internet” kind of thing?

In a world where "world's greatest (whatever)" is mass produced on mugs, shirts, etc... This award at least makes no such claim. It just says you're here, you blog, and someone recognized that effort. It isn't Writer's Digest top 100 or something, but not everyone blogs to such a purpose.

For fun, to vent, to express myself.

Nope! Okay, it'd be over, but my apartment is set up in such a way that I wouldn't be able to reach the tp while on the toilet. So I set it on the towel rack. Thereby it is neither over or under.

5- Name one thing that other people do that drives you nuts (doesn’t have to be the worst thing).

There are those who believe they have the only right way. "Cups should go in that cabinet, not this one." You know what? It's my damn house. I'll put my cups wherever I damn well please. So when they try to change things that are, seriously, of no real consequence, that drives me nuts. Genuine improvement, okay. Minor nitpick crap, shut the hell up.

6- Which of the following would you prefer:
To be rich, but lonely and without friends.
To be poor, but to have lots of friends who love you.
Or to assign the person who thought you could only have one or the other to write “I will not live in absolutes” on the blackboard 1,000 times?

I already am the second one!  I'm still lonely some days, but not rich. I like the third choice because it adds to Nicki's word count, and that'll make her happy.

Don't be afraid to take a big step. You can't cross a chasm in two small jumps.

8- Do you get your energy from solitude, by having other people around you, or a mix of both?

Solitude gives me no energy, it's just what I survive in because that's what there is. People... Seriously depends on the peoples. I ♡ Tuesday.

9- Have you ever learned to use chopsticks?

Yup. When I was in Canada. But I only use them once in a great while, when social situations that I care about for a logical reason dictate it appropriate.

10- Are you living your dream right now?

No. With the exception of a great husband, basically everything else has gone wrong. Every fix I work on makes it worse. I know it can be even more worse than it is, but that doesn't help because it actually does keep on declining. I've also tried reducing the dream, being more realistic, aiming lower. Didn't help. Now I can't even manage a tiny dream. I tried just reach little goals for 1 hour one day... The power went out and I couldn't breathe, I ran out of gas, and my credit card went over the limit trying to fix that. 1 HOUR. Raise your hand if you know what a curse is.

11- What is your preferred writing implement?

11 random facts about me:

1- I'm writing these facts 24 hours after I started the above stuff.
2- I drove past Centralia twice in that time period. It's been on fire since 1962. I think that's fascinating.
3- I hate rollercoasters. Most of my family loves them.
4- I love to ride the Ferris Wheel. Most of my family hates that ride. 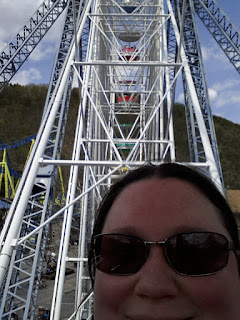 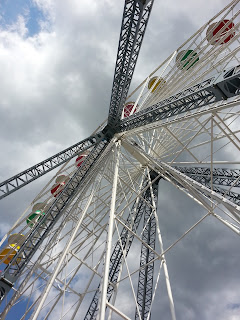 5- I love toffee, but am frequently disappointed by toffee flavored items (especially coffee).
6- My mom HATES dinosaurs. Which wouldn't be about me, but I took this picture: 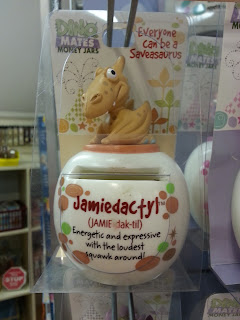 7- I love me some Starbucks. 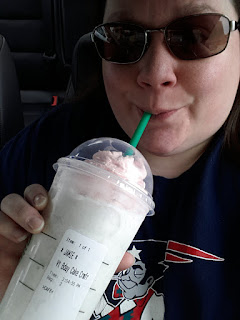 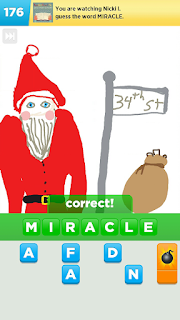 9- I made a friend (Dori) playing app games on MySpace a dozen years ago. Still friends! <3
10- I started a mini journal on Tues, May 3rd. This is largely because of Nicki.
11- My husband and I have the same initials. (So does his uncle, grandfather RIP, some cousins, etc.) 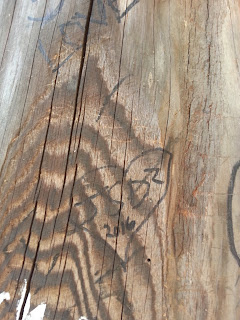 I'm nominating these 11 (without regard to number of followers) :

1- What's your favorite book with a strong female protagonist?
2- Have you ever been dead in this lifetime?
3- How many books do you own, approximately?
4- Would you rather see (as recorded footage) 1500 years in the past or the future and why?
5- Have you ever genuinely tried to USE THE FORCE? (Telekinesis)

6- Would you want your face to be depicted on money?
7- What's the best drink recipe?
8- Can you contribute answers to any of these: https://www.quora.com/profile/Jamie-Dorner/questions
9- What books, if any, have you read where the protagonist has a close relative in prison?
10- What color pen ink do you prefer?
11- Any exciting plans for the next few months?