Imagine being hated on sight without having done something.

You probably don't have to imagine, because I'm pretty sure that's everyone now.

If someone asks me if I'm a Christian, my immediate gut response is, "Yes." But now I pause to think about it. Am I?

The Nazis, the Klan, the Crusades... sounds like Christians are terrorists. Am I a terrorist? No. I don't want to be part of a hate group!

Hang on. Why is that a choice?

When did religion become something that makes you part of a hate group?

To make matters worse, religion is also cited as the rationale behind the war on women and non-cis people. I am a woman. (A human being who identifies as female, was born with a vagina, and still have a vagina. That is me, in my case. But more importantly, I am NOT a "host body," not some laboratory equipment filled with embryonic fluid.) Several of my friends are LGBTQIA+. A handful of my friends are Jewish. I have one friend who follows Norse paganism. And another who is an atheist. I would have Muslim friends, but I don't know that I've ever met any. (Had a penpal who was, and know some from online groups, but that's more acquaintances.) I don't want to have to hate myself or my friends, or be associated with those who do.

I've seen some horrible memes lately. "Stop terrorism by hanging bacon on your doorknob and rubbing it on money." I don't want to be associated with any groups that find that funny.

Mocking people who have faith. Declaring that anyone who doesn't want to touch a pork product is a terrorist. I haven't seen them, but I'm sure there are memes of the same nature aimed at Christians.

Though, if one pays attention, the Christians from the Middle East are just as hated as the non-Christians. Not sure piggy is the problem. 🐷🥓 Where was Jesus born? Bethlehem near Jerusalem in Isreal? Wait, isn't that in the Middle East? 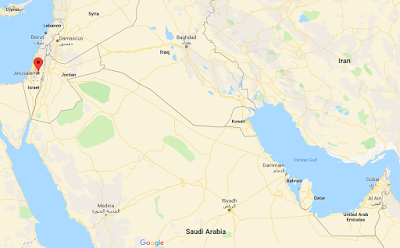 I want to keep my faith but not be part of the hate my faith spreads. And, frankly, if the Christian Heaven requires hate to get in, not sure I'd want to go. I mean, when I read the Bible, it sounded a lot like "Love Thy Neighbor" and "Love one another" and "judge not lest ye be judged" and I swear it mentioned something about "Thou Shall Not Kill."

But, apparently, other people read it and it says, "treat women like a sub-class of living things, something with less worth than an animal; but treat fertilized eggs like Heaven's Royalty up to the second they are born." (Because the second the cord is cut, they're a drain and should be ashamed for living. Already breathing our air, creating a carbon footprint, using resources. The nerve of that one-second-old! Should know better. How dare it not come out of the womb carrying 25-carat diamond to pay its way!)

Never mind what people think it says about others who are living as they were made. They're supposed to be lying about who they are? Covering for what Christians are deeming as God's mistakes? Or are we still pretending that someone else creates some people and makes them different so as to offend Christians? Or is this something about God being too weak to defend against his creations, so some Christians are doing it because they think the Almighty isn't mighty enough but are trying to phrase it so it doesn't sound like that? (Gotta tell you, that seems pretty offensive. Pretty sure God can handle business. But I read the part about Noah. I missed the part where it said to kill off anyone who doesn't agree with certain interpretations of some sections.)

See? I'm not good at this faith. I'm not. I don't believe in hating people for being who they are. As long as it isn't violating the consent of another being (who is able to give that consent because they are of sound mind and body, and at the age of adulthood), I don't much care what people do.

Does that mean I have to be an atheist? Or have to switch religions? I've been asking that for years. I still don't know.

I doubt I'm the only one who feels this way. Wondering if abandoning religion is a way to not be hated, or associated with hate groups. Is that even enough?
Tweet