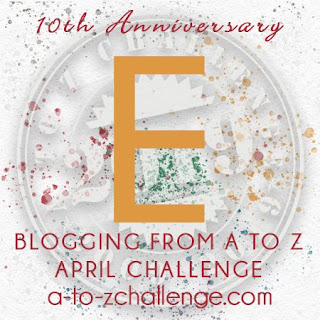 “Okay. What is it that you’re doing?” Dr. Patel folds her hands together.

“I inherited my father’s home. The taxes are expensive. But I don’t really need the second floor or most of the basement. So I’m planning to rent those.” I pull a flyer out of my hoodie pocket, along with my business card. She probably doesn’t need a psychic reading, but maybe it’ll help her take me seriously.

“You see, I’ve only ever lived with my mother. I kind of stayed with dad a few times, but we avoided one another. When I was in college, I had a place to myself. And I’ve lived in apartments since then. I’ve had friends who crashed for a week or just short of a month. But I’m in my mid-thirties and I’ve never lived with someone by choice. Just me and my… uh, let’s call them pets.” 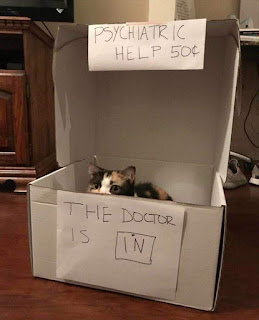 “Yeah.” Lying to a therapist. Nothing new. I look at the soft throw pillows on her couch. Be great to hug one right about now. “And the ghost of my dad is there for now.”

“Is having his ghost there important to you?”

I rub the bridge of my nose. She didn’t tell me there are no ghosts. That’s something. “No. Helping him to pass on is important to me. But he has issues to resolve. That’s something you should be able to understand, I would think. Our jobs have some common ground. That might offend you, and I’m sorry if it does. But we’re both in the business of helping people to deal with their issues so they can get on to handling whatever’s next. The big difference is that you probably delve more into that whatever’s next part. Whereas both ghosts and their loved ones only briefly need me.”

“Well then. What would you tell you about your current dilemma?”

“Doc, if I knew that, I wouldn’t shell out a co-pay to be here. I can handle the dead. And misunderstood supernatural creatures? No problem. Love them. But other humans?”

“Creatures? You mean your pets?”

Shit. I close my eyes for a moment. “You and I live in different worlds. Our realities intersect. But where I am fully aware of yours, you chose to ignore mine. It’s a choice you make over and over. Every bump in the night you dismiss. Every shadow that moves as it shouldn’t. Animals changing direction or growling at what you call nothing. Not to mention all the unexplained accidents and missing items.”

I open my eyes and glare at her, allowing a grin to spread along my face. I know what goes bump in the night. One lives with me. I call him Caddy. He’s young, so he mostly eats small creatures. But he’ll grow into something large that people don’t believe in soon enough. None of this is something I’ll tell her. One day, Caddy will likely be responsible for a string of missing persons. My hope is they’ll be the worst sort of people. Or perhaps people who are dying and wish to be saved from misery, torment, and enormous hospital bills that would bankrupt their heirs.

“You won’t believe in any of that. I’m not asking you to. Though, if you care to come over, I can ruin your life by showing you the truth. That offer stands. In the event you ever think to tell me I’m delusional, I will prove I’m not. And then you’ll quit your job and move far away. It has happened before.”

“I see.” She uncrosses her legs and looks at the clock.

“Our time is almost up for today, isn’t it? I came in with just one question, and we’ve gotten nowhere.” Waste of money that I don’t have. 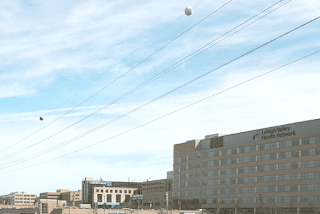 “You say that if I come over it will ruin my life. Yet you intended to have two other people move in with you?”

I shrug. “That’s another part of the problem. I have to find the right sort of people. Ones who are like me, or are aware of this side of reality. Believers.”

“Did you come here hoping I would know some? I can’t share patient information. You must know that.”

“No. Of course you can’t. Though I do wonder if I’ve worded my ad well enough.”

“Perhaps add a line that you feel suits you. Acceptance of the other reality, maybe. The monsters icon might be making your ad look like a meme, a joke.” She runs her fingers along the tight bun of her thick, raven hair.

“Weird not just welcome, but required?”

“If you feel that description is accurate. Where are you hanging these?”