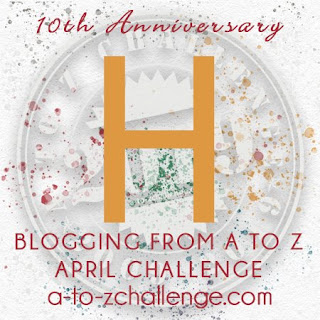 Eunice leans closer. I think an even bigger secret is coming. Not sure I want to know. Then her lips are on mine. She parts them, her whole mouth engulfing my lips. Her tongue slides up my nose.

And I remember why I never tried to get back with Eunice. She’s a horrible kisser. Not just bad, but in a huge turn-off kind of way. For me, at least. I pull back.

“What if I spent our summer getting to know my dad? I mean, I don’t regret us. Really, it was wonderful.” No, it wasn’t. I was having fun and she let me explore. I was her first for a lot of intimate steps. And it was with her that I first ventured to third base. President Clinton made it clear that it’s not a home run. Ah, the good old days, when that was the biggest controversy.

I lean my head against her neck. Could I put up with bad kissing? I remember the way she trembled under my touch. The desire in her voice when she begged me not to stop. How she arched against me under the stars.

But when our clothes were on? We didn’t have much in common. I don’t think she liked me as a person. Then again, maybe we never knew each other. Just who our parents and teachers were trying to make us become. We were young and stupid.

“Can I at least give you my number? Maybe when you’re more at peace. Or if there’s a dark night and you don’t want to be in the woods alone, but can’t miss an eclipse.”

“The Fourth of June, back in ninety-three. I was only fourteen.” I laugh, moving my head from her shoulder as I sit upright.

“You said you were fifteen.”

I laugh. “Actually, I said I’d be sixteen soon. And yeah, twenty-two months later, I did turn sixteen.”

We both laugh. She holds up a napkin and asks if I have a pen. I pull out my phone.

“Just put it in here. I can’t promise anything. I’m really not ready for, well, anything right now. It wouldn’t be fair to you to pretend otherwise.”

Eunice does some quick tapping. Then she takes a selfie. A few more taps and she’s finished. She puts her finger to my lips. Our gazes lock as she eases the zipper on my hoodie down a few clicks. Her fingernails float along my v-neck. She sucks on her lower lip as she eases my phone into my bra.

“I’m not the same girl who only wants to receive and isn’t ready to give. Hopefully, you’ll give me a chance to prove that to you.” She kisses under my earlobe. Then nips the soft patch of skin behind my ear, making me ache. And then she leaves, taking our tray of empties with her.

Maybe I will call her. Should probably get roommates first though. Don’t want her getting ideas about moving in. I really don’t want that kind of commitment. And I don’t think she could ever be ready to meet the creatures I live with. I’m not sure she’d even believe I’m psychic.