Yes, but if it weren’t for that camel... #AtoZchallenge #ShortStory #AdForRoomatesStory #LGBTQIA+ #UrbanFantasy 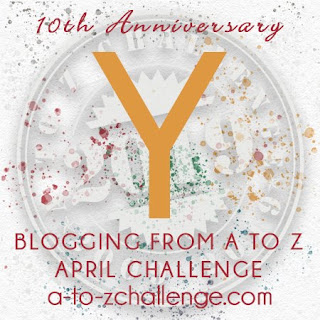 “Yeah, it hurt. Then there was a camel walking past. And, I mean, come on. There’s no desert in Pennsylvania. And it was snowing. But there’s a camel just wondering down the highway. Well, not so much wondering, since his reign was being held inside the truck. But still, he was strolling along the shoulder of the road calm as can be, like it was normal.”

“And meanwhile, you’re getting your heart broken.” Wren Noel’s story has a tear in my eye and a smile on my lips.

“Yes. So, not only had people stopped because of the snow and sleet, but now because there’s a camel. Really, outside of a zoo, how many people in this state have ever seen a camel up close? And my boyfriend, or ex-boyfriend at that point, is sitting there bawling his eyes out. But I looked at that camel. That desert creature in the snow. And I knew I was going to be okay.”

“I guess so. That’s not to say that he missed his show at the Kimmel Center because of me. I don’t think fate values my heart over the plans of the Jewish Federation of Greater Philadelphia. But there he was, having a stroll in the snow. And there I was, being broken up with while stuck in traffic. Normally, I would have had a total meltdown. Instead, I just stayed calm for the next three hours, dropped the ex off at his house, grabbed my things, and then made it safely back home.”

“That doesn’t sound like the worst break up ever.”

Wren Noel shrugs. “Yes, but if it weren’t for that camel, it certainly would have been. Three hours in snow traffic with the person who just broke up with me?”

“Ah, yes, that would have been brutal. Fair enough.”

We head past the storefront where the bookstore used to be. Across from it, there’s a cart selling a new vitamin supplement. I see the dollar signs in the eye of the sales clerk.

“Hi! Have you heard of Zentastic?”

“Yeah. I’m good. Thanks though,” I say as I try to roll away. I should bring a monster with me everywhere I go to protect me from people like this.

“Hang on. We have a special today. Buy a bottle of Zentastic, get two more bottles for free. Plus, you get this stress ball, a sleep mask, a tote bag, and ten raffle tickets for a brand new—”

“I’m gonna stop you there.” My hand shoots up. “Look, I’m not interested. I have to get roommates because I’m so broke. I appreciate that you have a job to do. And I’m guessing this location was selected because it’s popular with the mall walkers. Or maybe it’s because of the Cave, someone figures that this will be easier to sell after people have a few beers in them.”

“Nope. No, no. See, I was clear and polite. We both know it’s going to take more effort for me to turn and roll away than for a more able-bodied person to just turn and run. And I know you see this chair and think I have to always be in the market for hope. Which means you’re just a few breaths away from asking me about my condition. Then you will tell me how you’re selling something to help. But it won’t.”