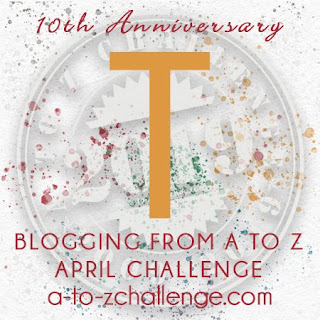 Someone bashes into the back of my wheelchair. “Whoops. Hi. Sorry. You okay?”

“Fine. Hi.” I expect to see the anime girl. Instead, there’s someone towering over me. At least six-feet tall, maybe more. With neck bolts and flattened hair.

“Lost my footing. Sorry, is that rude to say to you?” I watch as the tall one scratches at the neck bolts.

“No, it’s fine. I can walk, just not for long. And if I over-exert myself, my legs go out from under me. So it’s perfectly understandable. I’m Liv, by the way.”

We shake hands. Such large mitts, my tiny paw seems lost in the greeting gesture.

“You have very soft hands. And I love this manicure,” I say as I admire the large hand. Is this how basketball players are able to hold the ball upside down one-handed? They have a grasp on more surface area? By comparison, I suppose I could hold a baseball the same way. Maybe a softball.

“Thanks. Not the same Liv on the roommate flyer, are you?”

“Yes, actually. Are you looking?”

“I am. Been living with two former frat brothers for a few years now. But the more true to myself I become, the less caterpillar and more butterfly, the harder it is to be with them. They’re good mates, of course. But it doesn’t feel appropriate to live together now. Time for a change.”

Nodding and smiling, I say that I understand. I’m not sure that I do, exactly, but I can somewhat imagine.

“I’m having a bit of low blood sugar. Part of the reason for the clumsiness. Don’t suppose you’d be willing to have lunch?”

“Lunch would be good. I was thinking of stopping at the Brass Rail, unless you have another suggestion,” I say as I tuck a stray stand behind my ear.

“Oh no, that sounds divine. As long as you don’t mind that I’m not a vegetarian. Their cheesesteaks are amazing.”

“I’m not vegetarian either. Let me just check out and then we can go.”

At the register, I hand over a game I found on clearance.

“Oh yes. This was ordered by mistake,” Isi says. “It couldn’t be returned, so it just got marked down. I hear it’s fun though.”

I nod as I fork over the payment. “Looks like a good party game. I was torn between this and Philadelphia-oploy. This was cheaper.” 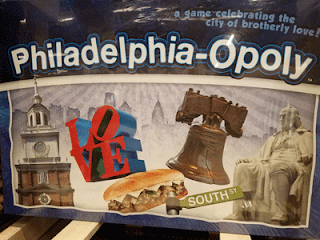 “Perhaps you’ll invite me over when you play? I didn’t see the point in getting it, don’t know enough people into this sort of thing. But I’d like to take a crack at it. Or even take pictures and write up a blog post.” Isi slips a business card into the bag with the game and my receipt.

“Sure. Might be awhile. I’ll check out your blog though. Assuming I’m not going to lunch with a serial killer.” I wink and tilt my head to indicate I mean the tall person waiting for me by the door.

“Wren Noel? Probably not a killer. A bit dark though, as far as tastes go. Rough life, I’d imagine. Then again, who around here had an easy go, eh?” Isi waves goodbye.

I feel better about this trip since someone I know also knows the stranger. And she knows I’ll be with the person.

Of course, there’s the question my mom would ask. How many of Ted Bundy’s victims thought the same way. I should never leave home without one of my creatures. But I hate feeling like I’m not safe just because of my gender. I didn’t decide to be born with a vagina. And I shouldn’t have to consider sexual reassignment surgery as a means of protection. That isn’t what it’s for, and it’s unfair to the community when people suggest that it should be. I abhor the idea that violence toward women exists because women exist. That’s victim blaming for you though.