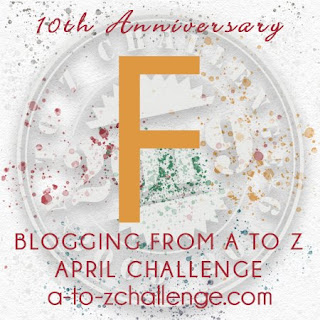 “So far? I’ve hung my roommate flyers at an adult shop and my favorite coffee house. And a new friend who works at a tattoo parlor took one.”

“Yeah. That’s a good idea. The Wiccan community is generally more open. We should put a discussion about religion on the books for future sessions, if you think you’re up to the task.”

She smiles. “You may be misjudging how much I might believe in your so-called other reality. Perhaps we’ll work on that as well, hmm?”

“Are you saying you don’t want to lock me away for chatting with ghosts?”

“People have done that for thousands of years. Why should I deny you the right to speak with the ancestors?”

I leave her office with an appointment card for next week. Maybe Dr. Patel will work out as a therapist.

Frisée Fresh, a salad restaurant, is across the street. My wallet says no, but my stomach says it’s a non-negotiable yes.

“Liv?” I hear as I roll inside. This chair makes it impossible to get through a non-automatic door unnoticed. It’s Eunice, a girl I dated briefly when we were teens.

“Hey! Long time, no see. How have you been?” I roll in line behind her.

“Doing well. Just started a new job as a receptionist. You?”

I contemplate what to tell her. Her head tilts and her eyes start to narrow, as if she’s expecting me to lie. So I frown and say, “My dad died recently. I’m handling his estate and whatnot.”

I shake my head. “It was sudden and unexpected. You’re up.”

“What?” She takes a step back. The guy behind the counter clears his throat. “Oh! To order. Right. Yes.”

Ah, she does remember me. It was a strained relationship. Eunice was always trying to get me to go to confession. Wanted me to be a good Catholic and give up who I am. Just pretend that reality isn’t there. Pray it away or something. I don’t know.

I note how short and tight her skirt is. Maybe she’s changed? Her top half has certainly filled in. She was barely a B cup when we dated, but now—

“Liv?” I feel my face redden as Eunice pulls me back into the moment.

“What are you ordering? I’m buying.” 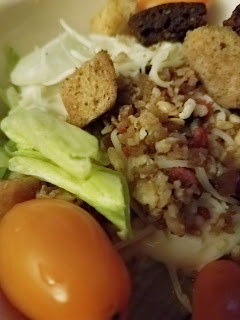 I order a salad that mixes fruits and nuts with the lettuce and veggies. Eunice carries the tray with our meals and cups to a table near the back. She moves a chair out of the way for me.

“Just grabbing our drinks. Be right back!”

I was going to have water. But she returns with two cups of soda. It’s fine.

“Cherry Peppers! Haven’t had this in years. Remember, Liv?”

“Yeah, I haven’t mixed soda flavors since high school.” I take a sip, expecting it to be disgusting. It isn’t. It tastes like my childhood. As I lick my lips, Eunice laughs.

“I remember that tongue. Has it been used for something other than getting drops of soda off your lips?” She smiles and takes a bite of her salad.

Blushing, I look around to make sure there aren’t children in earshot. “Wow. Umm, yeah, I’ve used it since high school.”

“Since our brief summer. Are you going to be in town long?”

I shrug and chew a bite of salad before answering. “This was my dad’s neighborhood. He chose this place over my mom and I. There are roads that would have been his shortcuts. Places he had a usual at. Not chains like this place, but local restaurants and bars. His history, his life, it’s all here. Since we were never close, I guess I’m taking some time now to get to know him. You know, to say goodbye better.” 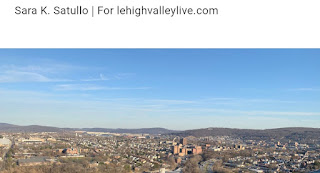 She nods. “Guess you two never became close. I remember that summer that you said you were just spending time doing anything but being around him. Sorry. Is it wrong to mention it?”

She smiles. “One where a spin-the-bottle game resulted in my only girl on girl experience.”

“Only one?” I shove a large bite into my mouth. The danger bell goes off in my head.

“Yeah, well, you know. There weren’t other girls like you around. I ended up with Fynn Flanders for a few years.” She taps the vacant finger on her left hand. There’s a fading dent on her skin where a ring once rested.