This month-long story, “Ad for Roommates,” told in twenty-six parts, is an urban fantasy intended for readers over age fifteen. Liv, the main character, is an adult in her thirties. This is a prequel to a forthcoming book and my theme for the #AtoZchallenge. To meet another character from from this story world, visit the (adult) blog of co-host Jayden R Vincente.
(Content trigger warning: Hatred of pedophiles.) 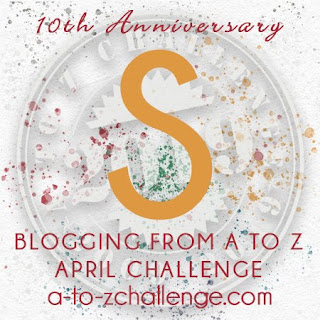 I set the Sims 4 game back on the shelf. Can’t afford it. Besides, I enjoy playing the Sims 3 with expansions the best. Out of all the versions of the game, it’s the one that feels the most real to me. It’s the supernatural stuff. Witches, werewolves, ghosts, knowing the future— these are all things I understand. Granted, I still can’t get Sim versions of the supernatural creatures that live in my house. There’s no game for that. 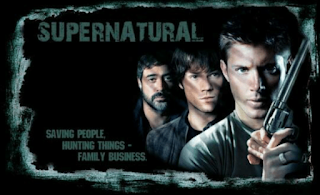 I imagine there could be a Supernatural video game, based on the television show. But that’s the opposite of what I want. Sam and Dean would hate me. They hunt things. I protect things. And really, I don’t call my supernatural friends “things,” because that’s just rude.

“Are you finding everything okay?”

“Yeah, I’m good,” I answer as I turn around. Bright pink pigtails bounce up and down. A tiny girl is wearing a Lolita fashion dress. Princess Lace Court Skirts in blue and white take up the span of the aisle from shelf to shelf. I honestly can’t tell if she’s in her twenties, or if she is a prepubescent girl with more make-up than a Sephora shop.

I can honestly say I’ve never looked at a little boy and thought anything sexual. Hell, by the time I was twelve, I couldn’t stand any of the boys my own age. I was definitely all lesbian the first years of puberty. I didn’t think guys my age were hot until I was seventeen. And even then it was only a handful of them.

Here I am, in my thirties, and proud that I’m not attracted to twelve-year-old girls. Or really anyone more than a decade away from my age, either direction. So I have no idea how I’m supposed to feel about any fashion that makes children look like sexual objects. I mean, I guess I did think about sex when I was that age, but with other people my age, not with adults. Certainly not with people two or three times my age.

Right there. That’s where I think the line is crossed. But I don’t know if they have that line in Japan. I’ve never looked up pedophile laws over there, or what they list as the age of consent. It does seem like a lot of countries associate school uniforms with sexual costumes. Is that because school age is when people first become aware of sex as they hit puberty? Or is it because there are pedophiles everywhere, and people who wish to turn children into slaves? I know the age of consent varies. Some countries allow little children to get married, even if they die of sexual trauma on their wedding night.

Maybe the world is a horrible place and needs to burn to the ground. Perhaps some of the creatures I live with should go out there and kill certain people. Be the predators of those who prey on children. Are those who screw a child to death haunted by what they’ve done? Do they tear out their own eyes trying to free themselves of the horrible vision? Light themselves on fire trying to cleanse away the evil they brought? Can they feel their soul being shredded by Hell Hounds long before they’ve died?

Dark thoughts. There are some punishments I wish I was in charge of dishing out. Maybe I tortured people in a past life. Or perhaps I really am going to Hell one day, but I’ll turn into a demon who gets to torture pedophiles for all of eternity. Maybe that’s why I was born with abilities that condemn me, according to the faith of my family.

Maybe my psychic abilities are why my father never wanted me around. How young was I when they started to show? Did I break up my parents?