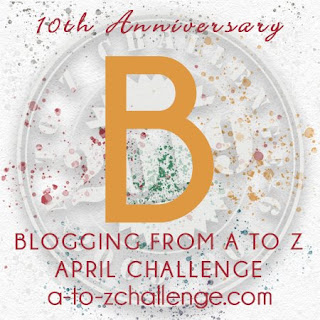 I need to put my roommate ad up in more places. Places I can get to in this wheelchair. Grocery stores? I mean, everyone eats. I’m not looking for “everyone” types though. Not considering what I live with. Nightclubs? That might work. Or land me with loud twenty-somethings who do a lot of drugs and get the cops called over. Then one of the police dogs smells the wrong scent and I’m screwed.

I nibble on a basket of french fries as I contemplate places to hang this. Is there a community bulletin board at the Lehigh Valley Mall? How about one right here at the New City View Diner? No, these are both places with normal people. And I need weird folks. My kind of people.

“You’re looking for a roommate?” A girl at the next table asks as she glances at my flyer.

“I wish. No, my parents aren’t that cool. Did you know that song was originally called Beck? Short for Becky. It was another band, Chelsea, that drafted it. Later, their drummer joined Kiss.”

“Oh, fun music fact. Love it!” This roommate search might be easier than I thought.

“Yes, people ask me if it’s Beth-le-hem or Beth-lum all the time. Lazy local tongues. Which is why I just go by Beth.”

“That’s gotta be fun,” I drip sarcasm like it’s ketchup running off my fries. “Were you born here? At St. Luke’s?”

“No. My dad got a job at Air Products. And then I got an apprenticeship at one of the tattoo shops. Been doing that the last couple of years. You have any ink?”

I shake my head. Like I need one more thing to spend money on. “Thought about it. But I’ve had enough needles and pain for a lifetime. I don’t know, maybe one day. What was your first?”

She rolls up her sleeve. “This albino weasel. There’s a local writer’s group that uses them as a mascot.”

“Not just a regular weasel, an albino one. Sure, why not.” I laugh. “Looks good though.”

“Yup.” She shows me a few of her other ones.

“So, any interest in applying?” I tap the flyer.

“I’m actually all set. But my brother might be. Would it be odd to live with a guy?”

“It depends on the guy,” I nibble another fry. Gotta make it last, since eating out is a rare treat.

“True. I mean, certainly different with a gay guy. Or a maybe a trans.”

“Well, yeah. It would be less intimidating with a guy who isn’t possibly going to be interested.” I’m bisexual, so gender doesn’t make a big difference. But the odds of a guy not understanding the word ‘no’ is higher than with a woman. Then he gets eaten by a monster friend.

Beth shows me her sexy belly ring. It’s getting warm in this diner.

“I have another tat, but it’s under my thong, so I can’t show you that one.”

I’m dying to take a look there. I wonder who’s cuter, her or her brother? I’m going to Hell, if there is such a place. It would be wrong to Google him on my laptop while I’m here, right? 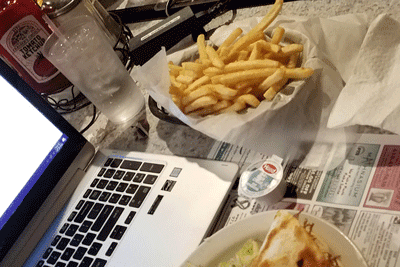